Muslims have an Antichrist Too 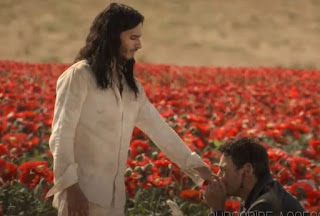 Debaters and negotiators instruct their students to question the premise of questions they are asked. Messiah's trailer asks us to decide: is this mysterious man a savior? Or is he a fraud?

However, there is a third option glaringly omitted by the creators which, in hindsight, was intentional.

The preview makes it clear by the scenes it selects that American Christians (or at least cultural Christians) were the target audience, taking special effort to pause on our mysterious protagonist as he says he was sent by "my father."

The reviews of the show, when it was released in January, were wildly different depending on the reviewer's culture. Western reviewers could be divided into three camps: secular media critics, WASPy types with little to no actual knowledge of their self-professed religion of Christianity, and actual Christians. The actual Christians were almost universally critical of the series because it deviated from the book of Revelation, which makes it blasphemous.

Muslims, on the other hand... they knew the plot twist from just watching the preview. None of them needed to watch all the way to the end--as I did--to see this man was neither Christ reborn nor a cynical conman. He was something else, with a mission that none of us will ever get to see to its end, as Messiah was not renewed.

With Ramadan coming to a close with the Eid celebration, Messiah has received renewed attention from many Muslims as they think about the end times and the Dajaal... their antichrist. And with that attention has brought renewed questions about exactly why this show was canceled when it brought in such large viewing numbers.

The show, even with its singular season, is good and I recommend it even knowing there will never be a conclusion. The show and its characters provide a powerful lesson, a reminder of Dr. Malcolm's warning in Jurrasic Park:  "your scientists were so preoccupied with whether or not they could, they didn't stop to think if they should."

In this case, you can follow a man who performs miracles, who has the power to do the impossible. But should you?

Messiah implores us to look beyond whether a person is "legit" or not.  Don't simply ask if the handsome South Asian man with the French accent really raised that boy from the dead. Ask yourself what it means if he did. Is the ability to raise people from the dead enough to earn your obedience? Your soul?

For your sake, I hope not.